In 1976 Gary left Auckland for Ruakaka where he opened the Bream Bay Jiu Jitsu Kai and in 1986 he shifted further north to Houhora, teaching under the NZJJA banner until 1997 when he allowed himself to fade from the NZJJA scene and began to focus more on his own club which he renamed the Southern Cross Jiu Jitsu Society.  In 1985 Gary was made a life member of the NZJJA; in total he spent thirteen years as a NZJJA committee member, including eleven years as chairman.

At the time of awarding Gary held the grade of roku-dan (6th degree) and is still this country’s foremost expert in the Kawaishi method as first introduced to New Zealand.  He is a fine historian and his “The History of Jiu Jitsu and its Counterparts” is a sound and interesting book.

2002   Inducted into the New Zealand Martial Arts Hall of Fame.

2006   Inducted into the Australasian Martial Arts Hall of Fame.

2006   Inducted into the World Karate Union Hall of Fame. 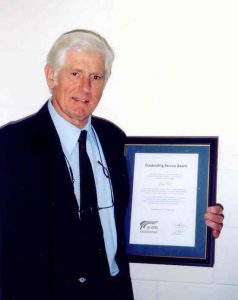