Simon’s first encounter with ju-jitsu was Spirit Combat Ju Jitsu in 1992 and in 1994 he began training in Shorinji kan ju-jitsu at The Jitsu Foundation’s University College London club.  He achieved shodan (1st degree) in Shorinji kan in 2001 and immigrated to New Zealand the following year.  He co-founded Jitsu Australasia with Rowan Searle, inherited the Wellington Judo and Ju Jitsu Academy 2002 and started Masterton Judo and Ju Jitsu Academy in 2010 when he moved to Wairarapa.  He is currently graded yondan (4th degree).

In 2003, Simon approached the Sport Ju-Jitsu (NZ) committee to ask if it would extend its leadership to the recreation side of ju-jitsu.  The New Zealand Ju-Jitsu Federation was subsequently founded that year and Simon took a place on the committee as the JJ(NZ) CEO until 2008, when he moved back to the UK.  He returned to New Zealand in 2009 and was re-elected to the NZJJF committee, taking over many of the IT responsibilities, upgrading the NZJJF website, writing newsletters and spearheading publicity.  He has been a committee member since, notably holding the SJJ(NZ) CEO office from 2012 to 2017.

However, Simon’s greatest achievement for the federation was the development of its ju-jitsu-specific Instructors’ Coaching Programme.   The C1 Assistant Instructor was rolled out in 2012 with the C2 Club Instructor made available in 2015.  The C3 Advanced Instructor course was released in 2017 and, currently, two streams of C4 Expert Instructor (traditional and sporting) are being reviewed before their release.  All levels of the programme were researched and written by Simon, with input and review by Doug Bailey.  Just this year, Simon completed his C3 Advanced Instructor qualification, the first graduate of the course.

The Instructors’ Coaching Programme has seen almost 30 ju-jitsuka gaining ju-jitsu-specific qualifications and has resulted in improvements in the quality of ju-jitsu instruction, club management and safety in participating clubs.  Further, it allowed Simon to instigate the NZJJF Quality Awards in 2015, giving the public an objective means of comparing the quality and authenticity of ju-jitsu clubs.  Simon’s service to the New Zealand ju-jitsu community has been immense and his work towards raising the quality of ju-jitsu will be long-lasting. 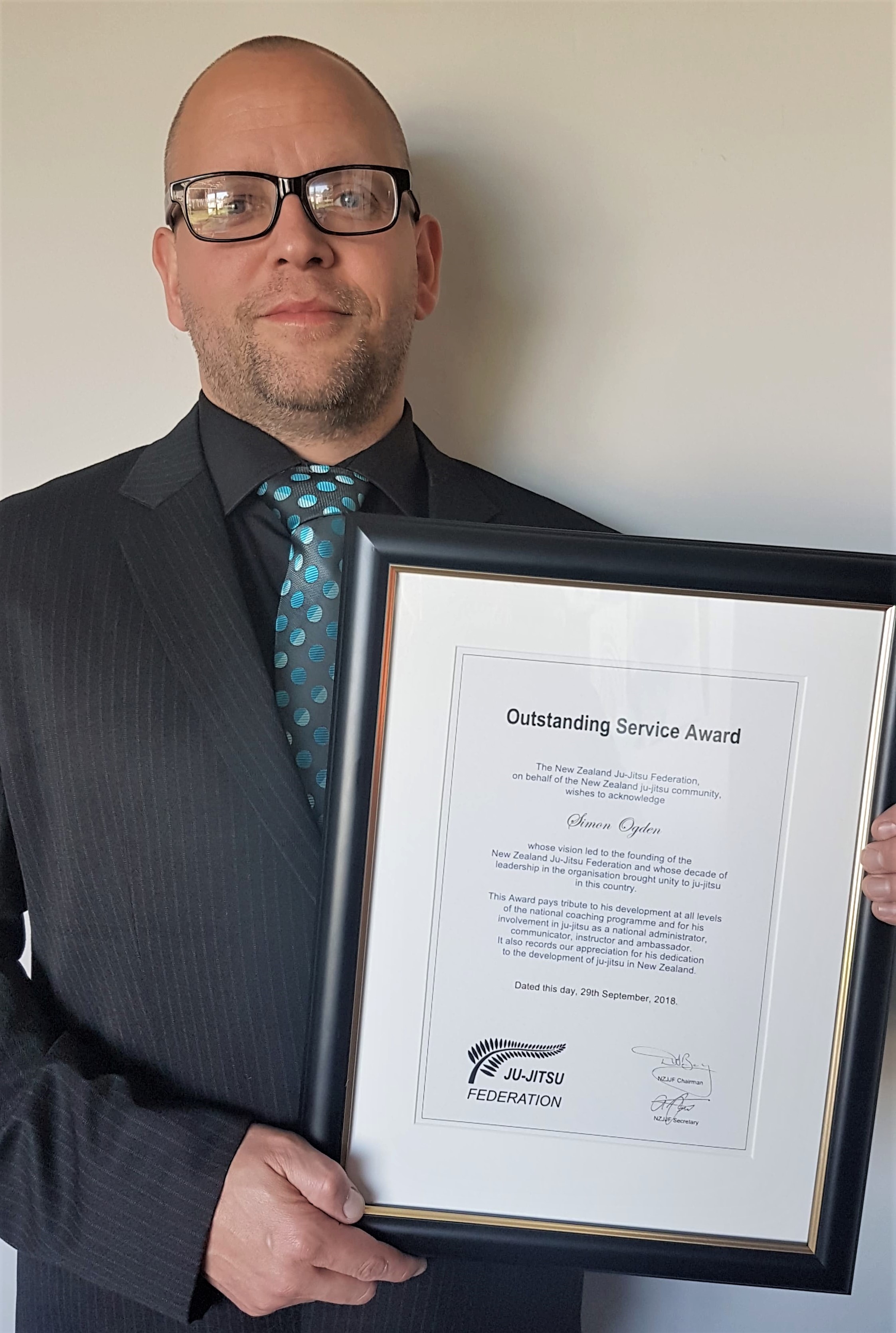